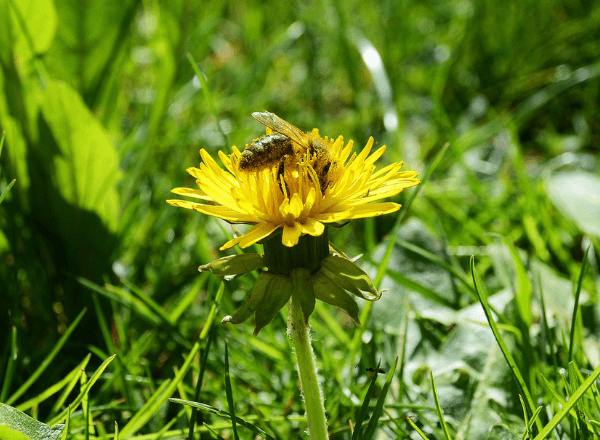 Spring has arrived in Johannesburg. The gardens are bursting with colour and the lawns are turning green after the dry highveld winter. Unfortunately, along with all this beauty come the common signs of allergy and in particular allergic rhinitis, commonly known as hay fever. An amusing little fact is that hay fever is not caused by hay and doesn’t produce a fever.

Allergic rhinitis (AR) is a reaction to airborne allergens and results in fluid production in the eyes, sinuses and fragile lining of the nose. It often causes inflammation and itching as well. Research has shown that while AR is generally not considered to be life-threatening, it is one of the most common reasons for visits to the paediatrician.

Why are these children taken to the paediatrician?

AR is commonly mistaken for an upper respiratory tract infection. The children have symptoms of:

Children with year-round AR may also suffer from:

Not all children will experience all of these symptoms but a combination of these symptoms is very likely to leave your child feeling miserable. This especially because the symptoms may persist for anything from four days in a week to four weeks. The condition affects 40% of children worldwide and is getting worse. Climate change and pollution may also be contributing to the epidemic.

The most common causes of allergic rhinitis are:

What can parents do to reduce these symptoms?

If we look at the causes, we can see that controlling the environment may help children who suffer from this condition:

What can your doctor do to help a child with AR?

If your child suffers quite severely from AR, it is probably a good idea to have skin prick tests performed and, in certain circumstances, a blood test to determine what allergens are playing a role. These tests may help specifically identify food allergies or reactions to airborne allergens such as pollen or mould.

The most likely treatment will include medications to reduce the symptoms associated with AR. These choices may include:

Allergic rhinitis affects many children. In severe cases, it may have long-term effects on school performance and has been linked to anxiety and depression in children. Mild cases of AR can comfortably be treated with simple nasal decongestants and antihistamines but parents need to monitor the intensity and duration of the symptoms in order to decide whether more intervention is necessary.

There are certainly things which can be done to make spring a happier time for those who react to airborne allergens. We all want to see our children running around barefoot on the grass and enjoying the sunshine rather than huddled up on the couch feeling like they have been hit by the worst kind of head cold.

This article was originally published on BabyYumYum.