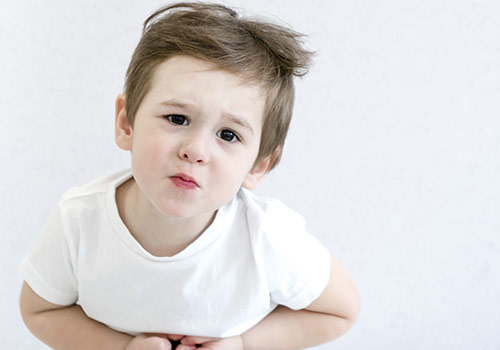 “I have pain in my tummy again, mom”

Tummy pain and its association with stress is something we as adults have come to understand. Many experience illnesses such as irritable bowel syndrome, ulcers, reflux and so on. Today, however, we are seeing more and more children presenting at the doctor for recurrent tummy pain. It is of concern to me as a paediatrician to note the increase in the number of children missing school and having so much pain that it prevents them from enjoying normal childhood activities.

My intention with this blog is not to go into detail about illnesses that cause tummy pain but rather to focus on a phenomenon which I believe we as parents, caregivers and teachers have a role to play in managing “Recurrent Abdominal Pain” (RAP). I have noticed a trend in my practice which I believe ties in with RAP. Very often children who present at my practice, who are not ill but have ongoing tummy pain are very often children in Grade 4, and around the age of 9 or 10 years old. This is my own personal observation and is something I am proposing rather than claiming to be a scientific fact.

It is important that we understand that these are children who have three or more episodes of tummy pain in a three month period. The pain is severe and makes them unable to take part in normal activities. They are well in-between attacks, are growing normally and do not display any other sign of illness.

Let me start a hypothetical case as an example. This hypothetical situation is drawing on a number of cases that have I have consulted on in the past couple of years.

It was late on a Friday afternoon. I received a call from a general practitioner who wanted to refer a child to me with severe abdominal pain. He was concerned that the child may have appendicitis. The child arrived in my rooms while I was still busy with another patient. My receptionist observed that the child was very uncomfortable. While waiting the mother suggested that the child start doing some homework. Fortunately, I was ready for the child before the books were opened.

The mother reported that:

On examination I noted that:

At this stage I was pretty sure that the child was suffering from anxiety and this was the cause of the tummy pain. It is not an easy diagnosis to make because you have to be certain that you are not missing another cause for the ongoing pain and suggesting anxiety or depression in this age group is a sensitive issue.

The pain had completely subsided by the end of the consultation so the tests requested were not urgent.

I suggested that we do some basic investigations:

By now it was 7 pm on a Friday night. All of the tests could wait until the morning, however the mother was insistent that the tests be done immediately as the child had an early morning soccer match at school. The child was captain of the A team so his team depended on him to be there. The child and mother waited in my reception area while I tried to arrange for a radiologist to come out.

While waiting for the outcome the mother also instructed the child that he had to practice the violin as soon as he got home.

Factors at play in this and similar situations:

Things to bear in mind:

I have noted that a number of changes often take place at school in the grade four year ( around the age of 9 years) :

So what are we to do about the increasing number of children suffering from abdominal pain (and other ailments) due to anxiety?

Tummy pain is a common problem in children under the age of 12 years and at least 2 in every 10 children will suffer from chronic tummy pain. This may be because the younger children have fewer communication skills to express how they are feeling or don’t understand it themselves.  Anxiety has increased substantially over the last decade but most children never receive care for the anxiety. Studies have shown that if anxiety in children is addressed and children are given skills to cope with anxiety, they do not go on to develop “Recurrent Abdominal Pain” syndrome.

We live in a fast and changing world but we also have tremendous knowledge and skills to teach young children how to better cope with anxiety and to find healthy ways of releasing stress before it evolves into a chronic disease. It is our responsibility as the adults to notice when a child is anxious and to seek ways to improve the situation. Being ill from the tender age of 9 years old, as a result of stress should not be a reality and we know for sure we can help children to cope better with anxiety.

PrevPreviousWhy you & your child should be vaccinated against chickenpox
NextShaken baby syndrome: All it takes is one shake!Next