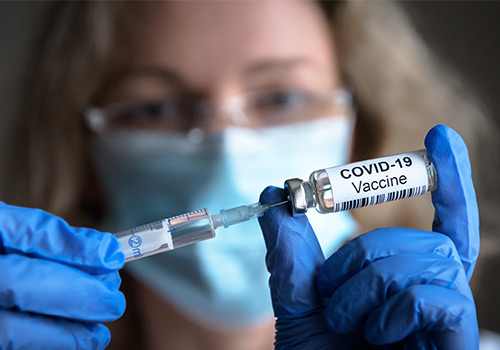 President Cyril Ramaphosa announced on Monday 11 January that South Africa would be getting its first batch of COVID-19 vaccines by the end of January 2021, with others to follow shortly after that. This announcement was met with mixed reactions. The conspiracy theories, which have been present throughout this pandemic, have brought uncertainty and fear about the vaccine into the minds of a lot of people.

Vaccinations have begun in a number of countries including Britain, the US, France, Canada, Germany, Israel the Netherlands and other countries. The aim is to protect the most vulnerable in these societies. Despite the good intentions, people are cautious about the vaccine and asking a lot of questions. In times of uncertainty I always find it best to begin with what we do know. Thereafter, one can consider legitimate questions and then weigh up the pros and cons of the unknown.

What do we know?

Why can’t we wait for herd immunity?

To answer this question it is important that we understand what herd immunity means. Essentially “herd immunity” is a term used when enough people in a population have enough immunity to prevent further outbreaks. In terms of COVID-19 that would be the population of the whole world as it has affected people all over the globe.

Herd immunity to a specific illness depends on:

From the data that we currently have, natural immunity to COVID-19 only lasts for between three to nine months. This is why we are seeing evidence of people getting COVID-19 twice in a short space of time. For herd immunity to be achieved between 70 to 90% of the population would need to be ill every nine months. South Africa would need a minimum of 42 million COVID-19 positive people every nine months to achieve herd immunity. Our economy, health systems and population could not endure this. Imagine the population of the United States having to experience 230 million cases annually with around 2.3 million deaths each year.

To quote: “In other words, it’s impossible to achieve herd immunity to COVID-19 through widespread transmission”

Basically herd immunity is not an option. We need to have a vaccine which can achieve immunity without the devastating effects. We have seen the world literally rid itself of polio due to the vigorous vaccine programs. We have also seen measles contained and then cause huge devastation when the vaccine programs were interrupted. We want COVID-19 contained in a similar way.

Who can safely have the vaccine?

The answer to this question is not straight forward. As the vaccine is administered to more people we will learn more about it. For now however, we should consider what the Centres for Disease Control and Prevention are recommending:

What about the side effects?

Research has shown that we have not been able to rid our world of aggressive viruses without a vaccine program. This goes for illnesses such as measles, small pox and polio. COVID-19 is another aggressive, fast spreading virus. Healthy children will definitely be among the last group to be offered a vaccination, so parents will have time to process the facts.  Ultimately though, it is highly unlikely that we will be able to stop this illness without a significant vaccination program.