Home » Blog » Our expert paediatrician answers your most asked questions 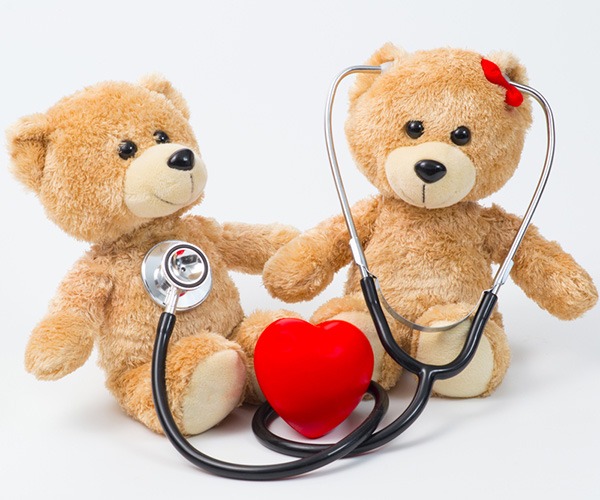 Our expert paediatrician answers your most asked questions

Q: If my child drops his dummy on the floor, is it dangerous for me to ‘spit clean’ it before giving it back to him?

A: The age of the child is important here. In the case of a newborn I suggest you have 2 or 3 dummies available so that if one does fall on the ground you have another, properly sterilised, one on hand. Older children have better immune systems so a “spit clean” would probably not be harmful but a quick rinse under running water to dilute any bugs would be more effective. Be aware that bacteria, viruses and fungi could be transmitted from mother to child should the “spit clean” method be used.

Q: Is it really a big no-no to rub whisky on my baby’s gums when he’s teething?

A: When an adult has a single tot of whiskey it is roughly 25mls, and this is enough to make the adult get a buzz and often feel a bit drowsy. In a baby, just a few drops of whisky will have the same effect. If you rub whisky on your baby’s gums you are in essence giving your baby 0.1 mls of pure alcohol. The whiskey will slow down a baby’s systems – over the long term this may have an effect on development. Whisky also has no effect on the gums so it actually doesn’t help with teething. Instead, it may numb the back of the throat which then inhibits swallowing and your baby may choke.

Q: Will my toddler stop eating when she is full or should I restrict her portions?

A: Most children will let you know when they’ve had enough. They’ll either close their mouth, show less interest or turn away. Don’t force a child to eat more than he or she wants. If you are worried about weight, rather than restricting portions ensure that your child gets a good variety of foods – this must include green vegetables, crunchy vegetables, legumes and fruit, over and above protein. Toddlers and young children often don’t enjoy these foods so be sure to include them in the diet from very young so they get used to them. For the older fussy children, you can get creative with smoothies. This is a great way to get raw veggies into your child’s diet.

Q: How long do I have to keep sterilising my child’s bottles for – he puts everything he finds on the floor in his mouth anyway?

A: Children putting things into their mouths is part of building up immunity and gut integrity. However, bottles that have had milk in them are a perfect culture medium for bacteria. Up until 6 months of age, bottles and dummies should always be sterilised. Thereafter the child generally has a good immunity so washing with dish soap and clean water should be adequate. Be sure to rinse the soap off properly, though. Teats and dummies may get grubby from time to time and require sterilisation.

Q: Will holding my baby too much, or picking him up when he cries, really spoil him?

A: Holding your baby and comforting him or her when distressed is very important for both you and your baby, emotionally and psychologically. Studies have shown that the rocking that parents so instinctively do is actually vital for brain development, so this is really important. Having said this, a baby does need to be put down for tummy time, to sleep and to experience his or her environment.

Q: Why does everyone keep telling me to keep my child’s head covered, or put them in a hat?

A: In small babies, the surface area of the head compared to the surface area of the body is high. Most of a baby’s heat is lost through the head. Babies are not able to thermo-regulate easily and generally need to be kept warm. By covering your baby’s head, a lot of the heat loss can be avoided. But baby must not be overwrapped because this can make the baby distressed and overheating has been associated with Sudden Infant Death Syndrome. Checking your baby’s hands and feet is a good guide to whether baby is cold or not. I generally tell my parents that their baby should wear one more layer of clothing than the parent is wearing. In older children a hat is essential when they’re outdoors to protect from sunburn.

Q: When I was younger it seemed like almost every kid had their tonsils taken out – it’s much less common these days. Why?

A: There are many new medical developments that may have resulted in fewer tonsillectomies being necessary. Doctors are aware that only select cases should undergo tonsillectomy – these cases would include children whose upper airways are compromised because of the enlarged tonsils and those that have frequent episodes of tonsillitis. Grommets, which are used in children with recurrent ear problems has also decreased the number of tonsillectomies being performed. Prior to grommets, the tonsils were removed when children suffered recurrent ear, nose and throat infections. Resolving the ear infections leads to less tonsillitis.

The tonsils play a very important role in protecting the lungs from an infection in the upper respiratory tract (ears, nose and throat). The tonsils act like a net for bacteria stopping the bugs from finding their way into the lungs and causing more serious illnesses like pneumonia. For this reason, it is really important to keep the tonsils if it is at all possible. Added to this we never want to expose a child to surgery unless it is absolutely necessary.

PrevPreviousConsidering the COVID-19 vaccine
NextAntibiotics in children: when they’re necessary & when they do more harm than goodNext