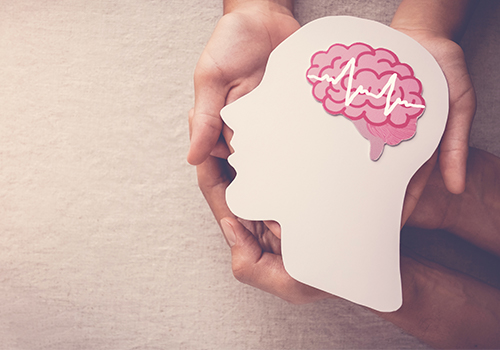 Epilepsy- understanding the condition for the good of our children

Each year, around this time we celebrate International Epilepsy day and in June we have a full week dedicated to epilepsy awareness.  The aim of these kinds of initiatives is to educate people about the condition so that it can be recognised and treated. Over and above this, it helps address the stigma which may be associated with this condition.

Stigma can take many forms. You as a parent may be reluctant to invite a child who suffers from epilepsy over to play for fear of having to handle a seizure. Teachers may be hesitant to include these children in certain activities or excursions. There are also those people who still believe the old myths about epilepsy. Each of these factors can result in a child being unnecessarily isolated and feeling ashamed and hurt.

With the focus on epilepsy let’s take a look at the condition. It is important to know what it is, how it may present and what treatment is available. Hopefully, armed with this information we can help our own children or be able to respond more appropriately to a child who suffers from epilepsy.

Epilepsy is a condition which affects the brain and nervous system. When signals in the brain are disrupted a child may experience a loss of consciousness, abnormal movements, unusual behaviour, flickering eyes or simply moments when they appear to be day dreaming. For a diagnosis of epilepsy to be considered, your child would need to experience at least two, unprovoked seizures. A child may have a seizure due to many causes but typically these would include fever, a head injury or infection. While these are really frightening for parents to witness, they are considered provoked and do not mean that your child has epilepsy.

Are there different kinds of seizures?

When one mentions epilepsy a large number of people would associate this term with an individual who experiences a loss of consciousness, stiffening of the body, shaking and biting of the tongue. This is what is known as a Tonic-Clonic seizure or Grand Mal seizure. This certainly can occur.

On the other end of the spectrum a teacher may report that your child has stopped paying attention, daydreams and as a result has stopped performing in class. This is really subtle and these children often go undiagnosed for some time. In fact they may be experiencing an absence seizure or what used to be known as petit mal.

Let’s look at the various types:

How is epilepsy different from a fever convulsion?

A fever convulsion is the most common type of seizure for children under the age of five years. The important thing here is to remember the definition of epilepsy. In this case there is a fever present and that is the factor which causes the seizure. In other words the seizure is “provoked”.

The temperature is usually above 38.3⁰C. The child will usually lose consciousness and his legs and arms may shake uncontrollably. A fever convulsion can last anything from 30 seconds to 15 minutes. This is an awful experience for the child and caregivers but it is important to keep in mind that a fever convulsion won’t cause long-term health issues.

Without a doubt the number one key factor in the event of such a seizure is to control the fever.

Does epilepsy affect all children in the same way?

We discussed that there are many different kinds of seizures. Since the severity of the seizure has such a wide range, the effects of epilepsy on the sufferer also vary greatly.

Early diagnosis and the correct treatment are a vital part of ensuring that a child with epilepsy develops normally but given the fact that a seizure disrupts the connection of the nerve cells in the brain, at least 50% of children will experience some sort of learning difficulty or impairment. These difficulties may include speech, memory or attention. In severe cases the child may suffer from severe dysfunction.

The child may display behavioural problems such as hyperactivity, irritability and aggression.

These children live with uncertainty and fear of having a seizure. Research shows that between 30 to 70% of sufferers are impacted by anxiety and or depression.

How is epilepsy diagnosed?

Usually the first step in diagnosis is a report from parents or teachers who notice specific behaviours. Obviously a Tonic-Clonic seizure will grab everyone’s attention but the more subtle seizures can be more difficult to pin point. Daydreaming or staring at the TV are part of normal childhood but if these behaviours occur in the middle of a sentence or it interrupts an activity or is at an inappropriate time, then you need to take note.

When parents observe unusual behaviour or twitches I always advise that they record the episode on their phone so that I can see what they are referring to. Most often the episode won’t happen in the doctor’s rooms so the video recording can help with a diagnosis. Seizures can also be mistaken for other conditions like psychological problems or migraines so it is important to discuss your concerns with a doctor.

The doctor will carry out a full neurological examination of your child. Most likely this will be followed by blood tests and an EEG. In some cases the doctor may request an MRI of the brain to ensure that there aren’t any other medical problems.

What treatment will my child require?

There is not a parent alive who doesn’t dread hearing that their child has any sort of debilitating condition. The good news about childhood epilepsy is that it is possible for children to outgrow epilepsy by late teens or early adulthood. If this doesn’t happen then besides controlling seizures we need to care for the whole child both in terms of learning and socializing. If parents, doctors, teachers and the public work together then we can all help a child with epilepsy achieve his or her full potential.

PrevPreviousAntibiotics in children: when they’re necessary & when they do more harm than good
NextDeciding on nappies- cloth versus disposableNext